Skip to main content
The All Male, All Nude films are two critically acclaimed documentary films uncovering the world of male stripping at two US gay strip clubs Swinging Richards in Atlanta, Georgia and Johnsons in Fort Lauderdale, Florida directed by Gerald McCullouch with soundtracks by Corey TuT. This content is only for mature audiences only. Contains explicit and full frontal male nudity and sexual content. 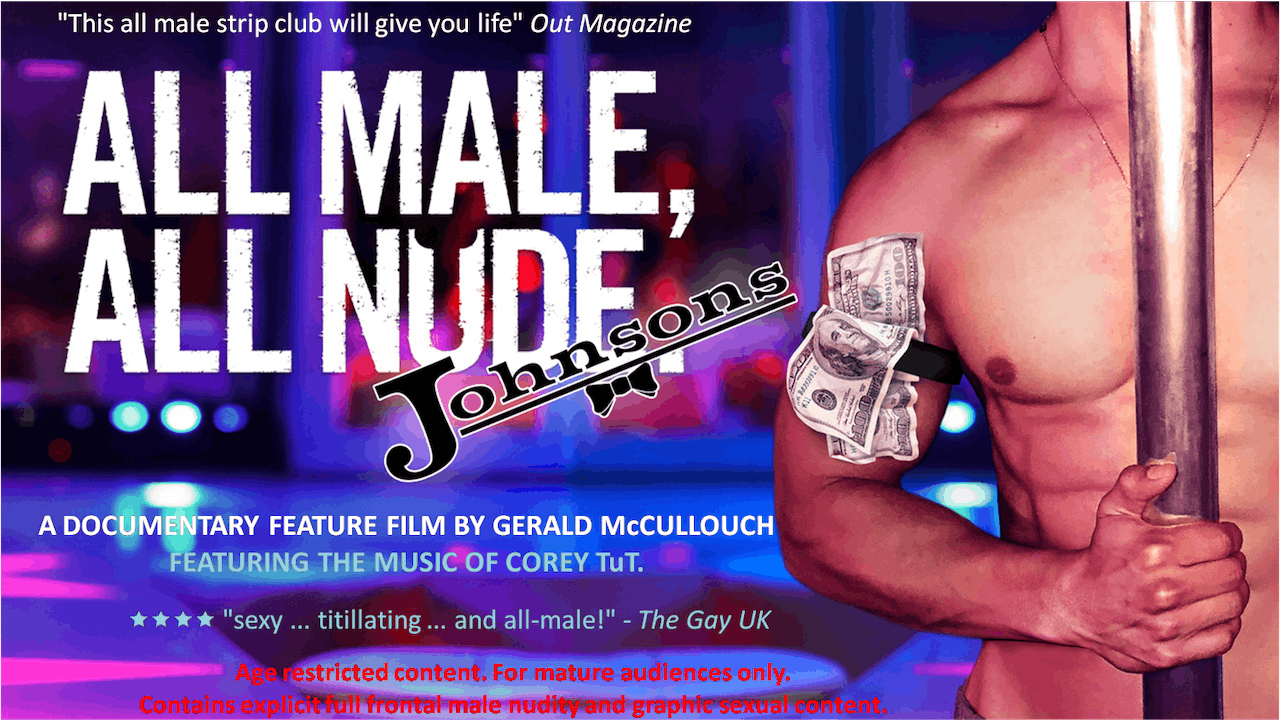 The All Male, All Nude films are unprecedented expeditions into an electrifying world.

Award winning filmmaker, Gerald McCullouch, dives into the world of male stripping with the initial documentary feature film PARADE MAGAZINE named as one of the 25 steamiest movies along with an exclusive X-rated cut of All Male, All Nude: JOHNSONS, the acclaimed follow up to the globally popular first film.

Take an uncensored journey behind the scenes and witness the men behind the strippers and the unique family units this lifestyle has formed along with the man at the epicenter of it all, Matt Colunga, who appears in both All Male, All Nude films.

Exclusive Behind The Scenes content and "Adult Only" extras highlighting the film, its subjects, its music and its creators are also included in rental.

For mature audiences only. Contains explicit and full frontal male nudity and sexual content. Rental of the content included in this website acknowledges purchaser is at least 18 years of age and consents to viewing all subject matter contained.